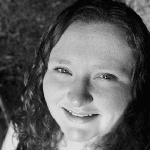 Aimee Smith is an award-winning South East Alaskan composer, originally from the Willamette Valley. Specializing in neo-classical and contemporary styles, her music encompasses a variety of mediums including chamber and solo music, large ensemble works, incidental music, collaborative works and an opera. Aimee received her first national selection in 2013 from the West Point Woodwind Quintet, who premiered the Civility of War, Op. 27 in West Point, New York to commemorate the Sesquicentennial of the Civil War. She received her first international selection in 2014 from Javier Perez Garrido, who premiered Romancing the Heart, Op. 18, No. 2 in Cartegena, Murcia, Spain. Although an Oregonian at heart, she currently teaches special education and composes in South East Alaska.

Representative Works:
Romancing the Heart, from the Expressions for Clarinet Series, Op. 18, No. 2
The Civility of War, Op. 27 - For Woodwind Quintet
Reminiscence on a Year Passed By for Oboe & Strings, Op. 12 (also scored for solo violin and full symphony)

Posted by Soundscape Explorations at 11:14 AM