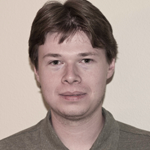 Alexander LaFollett (b. 1985) is a composer, cellist, violinist, and music theorist. His compositional oeuvre spans over 50 works, primarily in instrumental genres, including 12 string quartets and a cycle of orchestral pieces based on the periodic table of elements.


LaFollett’s compositional style seeks out a “radical middle” between traditional notions of accessibility and the avant-garde, rejecting the tonal/atonal dichotomy for a modal and polytonal approach, based on the series of over 400 modes that he has independently developed for over a decade. This extended modal language allows him to make unusual (and sometimes quite dissonant) combinations of sonorities and strange melodies, without divorcing the gravitation toward a tonal center. His aesthetic is informed by notions of absurdity, intensity, and paradox, and is influenced by the music of Milhaud, Debussy, Stravinsky, Bartok, Reich, and Koji Kondo, in addition to the visual works of M.C. Escher.

LaFollett was the co-winner of the 2004 Oregon Symphony Conti Connection competition with his Asymmetrical Dances, Op. 5, and was a finalist and in the 2012-2013 Third Angle New Ideas in Music competition, resulting in a commission for his twelfth string quartet. His works have been presented by fEARnoMUSIC, So Percussion, Pacific Rim Gamelan, the Portland Youth Philharmonic, and members of Fireworks. He began his composition studies as a private student of Tomas Svoboda, and later studied with Kevin Walczyk and Arnold Friedman at Western Oregon University, Mark Polishook and Eric Flesher at Central Washington University, and Robert Kyr and David Crumb at the University of Oregon.

Oregon Connection: I was born and raised in Washington County, Oregon, on the west side of the Portland metropolitan area, growing up in Aloha and Forest Grove, and have lived in the state for almost my entire life (save for the two years I spent in Ellensburg, Washington getting my MM). I have earned degrees from the University of Oregon (Ph.D., 2013), Western Oregon University (BM, 2003), and Portland Community College (AA, 2001), and I briefly attended Portland State University and Pacific University. The landscapes of the Pacific Northwest, and especially the desert interior, have had a tremendous impact on my compositional style.

Posted by Soundscape Explorations at 9:56 PM