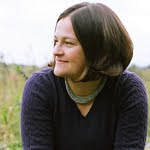 The music of American composer Andrea Reinkemeyer has been described as, “haunting,” “clever, funky, jazzy and virtuosic” (Detroit Free Press, Schenectady Daily Gazette). She is interested in the interplay and intersection of visual metaphors, nature, and sound to create lush melodic lines and textures teeming with new timbres set against churning rhythmic figures.

Ms. Reinkemeyer enjoys exploring music with students of all ages. She is an Assistant Professor of Music at Linfield College in McMinnville, Oregon (2014-). Previously, she served as a Part-time Lecturer in the Mahidol University International College, in Salaya, Thailand (2011-12) and as an Adjunct Assistant Professor of Composition, Theory and Technology at Bowling Green State University, Ohio (2005-10). Reinkemeyer has been the Composer-in-Residence with the: Michigan Philharmonic’s, “The Composer in Me!” education pilot program (2010-11), American-Romanian Festival’s Fusion Project (2011), and Burns Park Elementary School (2004, 2005, 2010). She has mentored public school students through outreach programs with the Detroit Chamber Winds & Strings (2007) and Michigan Mentorship Program (2002, 2004). Her work with young musicians has been supported by a Meet the Composer/MetLife Creative Connections Grant.

Oregon Connection: Born in Oregon, Andrea played violin in the celebrated orchestra at Reynolds High School and the Portland Youth Philharmonic Prep Orchestra. She studied music composition at the University of Oregon and recently returned to Oregon to serve as Assistant Professor of Music Composition & Theory at Linfield College. Her music finds inspiration in the rich natural beauty of Oregon.

Posted by Soundscape Explorations at 11:58 AM