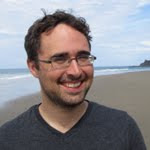 As an enthusiastic supporter of new music, Stiefel helped found the recently disbanded Sound of Late ensemble - a collaborative organization that described itself as part modern music collective and part classical chamber music ensemble and made an effort of reaching out to younger generations of listeners and connecting them with today’s voices.

Before graduating from the University of Oregon, Stiefel held positions as the Director of the Eugene Contemporary Chamber Ensemble, Assistant Director of the Oregon Bach Festival Composers’ Symposium, and was a violist in the turnEnsemble. He also performed as a member of the Brazos Valley Symphony Orchestra and the Baylor Jazz String Quartet.

As a composer, Stiefel has worked with Beta Collide, the PRISM Saxophone Quartet, the Fireworks Ensemble, Verbal Transcription, and soprano Estelí Gomez. His music has been performed at venues and festivals in the United States and Europe, including Berlin, Germany; Milna, Croatia; Cincinnati, Ohio; Austin, Texas; Portland, Oregon; and Brevard, North Carolina. During the fall of 2012 he was the Artist-in-Residence at Crater Lake National Park.

A graduate of Baylor University where he studied composition with Dr. Edward Taylor and pursued graduate studies at the University of Oregon where he studied with Dr. Robert Kyr and Dr. David Crumb. In lessons and master class settings, he has worked with Samuel Adler, Stephen Hartke, Joel Hoffman, Christopher Theofanidis, and Ricardo Zohn-Muldoon, among others.

Oregon Connection: I was not born in Oregon, but living in the Northwest was always a dream growing up, so I got here as quickly as I could. In September 2011 I started graduate school at the University of Oregon. During my studies I was an Artist-in-Residence at Crater Lake National Park (2012) and was involved with the Oregon Bach Festival Composers Symposium and directing the Eugene Contemporary Chamber Ensemble.

Posted by Soundscape Explorations at 11:17 AM