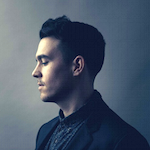 Jake Hull is a classically trained musician and world music scholar with an extensive background as a touring musician, theater performer, and studio producer. His work has taken him to The Tonight Show with Jay Leno, producing music in Kenya and Ukraine, recent film projects can be seen on Netflix and at festivals internationally. In 2019 he'll be releasing an EP of instrumental minimalist music featuring the Portland string quartet, Bizarre Star Strings (credits include: The Decemberists, My Morning Jacket, Portland Cello Project). Hull also served as producer on the upcoming album by acclaimed musician Jake Clemons (of The E Street Band).

Three Representative Works:
• I Will Be Weightless
• Odyssey: A Star Wars Story
• After The War (concert piece; to be released this winter)

Oregon Connection: In 2017, my wife and I moved across the country from Virginia to start a new chapter of our lives. Since I've been here my work as a film composer has allowed me to collaborate with a number of ensembles: string quartets, horn ensembles, jazz players. I'm committed to working with Portland musicians at Portland studios, even though the films are largely produced elsewhere.
Recently, I've been preparing to release an EP of music that was written here in Oregon in the first home my wife and I owned, on the first upright piano I've owned.

Posted by Soundscape Explorations at 12:21 PM