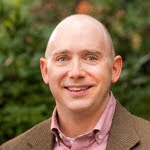 Michael Johanson's music reflects a deep interest in bringing together materials drawn from a wide range of styles and approaches, all filtered through a distinctly personal voice. His stylistic outlook is informed in significant ways by his background in jazz and his keen interest in visual art. His works have been performed at numerous concerts and festivals throughout the United States and abroad by distinguished soloists and ensembles.

Awards and fellowships Johanson has received have come from institutions such as the American Music Center, ASCAP, the MacDowell Colony, Virginia Center for the Creative Arts, and Palazzo Rinaldi. His work has been performed and/or commissioned by groups such as the International Beethoven Project, Fear no Music, Trio Bella Voce, the Northwest Horn Orchestra, the Oregon Repertory Singers, Vir Men's Ensemble, Portland Percussion Group, the Post-Haste Reed Duo, and Portland Piano International. In 2009, Johanson's choral work Earth Dweller was awarded the Gil Seeley Prize. His work Memento is featured on saxophonist Frederick Hemke's CD "Simple Gifts." Johanson's work Dynamo can be heard on trombonist Garth Simmons' CD "American Visions." Mr. Johanson's music is published by September Hills and Dorn Publications.

Oregon Connection: Oregon is an amazing place to live and work. Not only is it resplendent with natural beauty, it is home to a wonderfully supportive community. I grew up on the east coast (Baltimore, MD), and have vivid memories of the gorgeous journey to Oregon I took with my wife and son in 2004 when we moved here from the midwest. The memories of this trip eventually became the basis of a work I wrote titled "Northwest Travels".

It has been an honor to work with the wonderful students, faculty, and staff at Lewis & Clark College and to have collaborated with dedicated, committed local arts organizations such as Fear No Music, Portland Piano International, Cascadia Composers, Oregon ArtsWatch, and others.

Posted by Soundscape Explorations at 12:33 PM